One of the world’s most renowned piano technicians, we worked with Michael Ierullo to build a brand identity to match his reputation, and to use as an umbrella for his numerous musical endeavours.

Michael Ierullo is one of the world’s most renowned piano technicians and a global expert in restoring and tuning the finest pianos. He came to us wanting to establish a brand identity befitting this reputation, and one that could unify his various ventures under a consistent image.

And with a skillset few people in the world possess, the level of craft in Michael’s work had to come to the fore in this branding.

Starting with the logo, we developed an icon derived from a tuning fork – a classic tool that has been used to hone the sound of instruments for centuries. We made the icon a reverberation of the tuning fork, creating a beautiful symbol representing the sound and impact of Michael’s craft.

When we visited his workshop and store, seeing the process of how pianos are restored and maintained informed how we designed this logo and identity. Around us were instruments filled with repeating patterns and lines, and we see this echoed in the logo we created.

The repetition and reverberation in the logo is something we also wanted to extend across the identity, and so we also integrated imagery of pianos and the production process to create this common visual theme.

Alongside the imagery, we then wanted to use colour to inject more of Michael Ierullo’s character into the branding. Contrasting slightly against the typical culture of his industry, Michael has a flair to how he works and a clear passion that spills over into his interactions with people. Even his favourite pianist, Yuja Wang, goes against the grain a little.

And so we created an identity to capture this, removing some of the stiffness that may be associated with this field of work, bringing energy to his brand with a bold accent colour. This gave us a colour scheme that strikes the same rockstar tone that his pianos do.

The ‘electric’ green then contrasts against the more classic typography and black-and-white primary colours to deliver an identity true to its traditions, and also true to Michael Ierullo.

But with plenty of energy in the logo, imagery, and colours, we still needed a strong anchor in something more traditional for the branding. So we opted for a simple but sophisticated typeface, Neue Haas Grotesk.

This typeface can remain neutral and clearly convey information, and also works to balance the identity by grounding the brand as a whole and not letting the energy take over.

In this way, the themes of care, craft, and professionalism can be constant, while allowing the personality of Michael Ierullo himself to peek through. This balance of logo, colour, type, and imagery gives a modern and forward-thinking brand, but one that doesn’t forget its roots.

Importantly, it also gives Michael a flexible and ownable identity that can grow and expand with him into his various musical ventures. 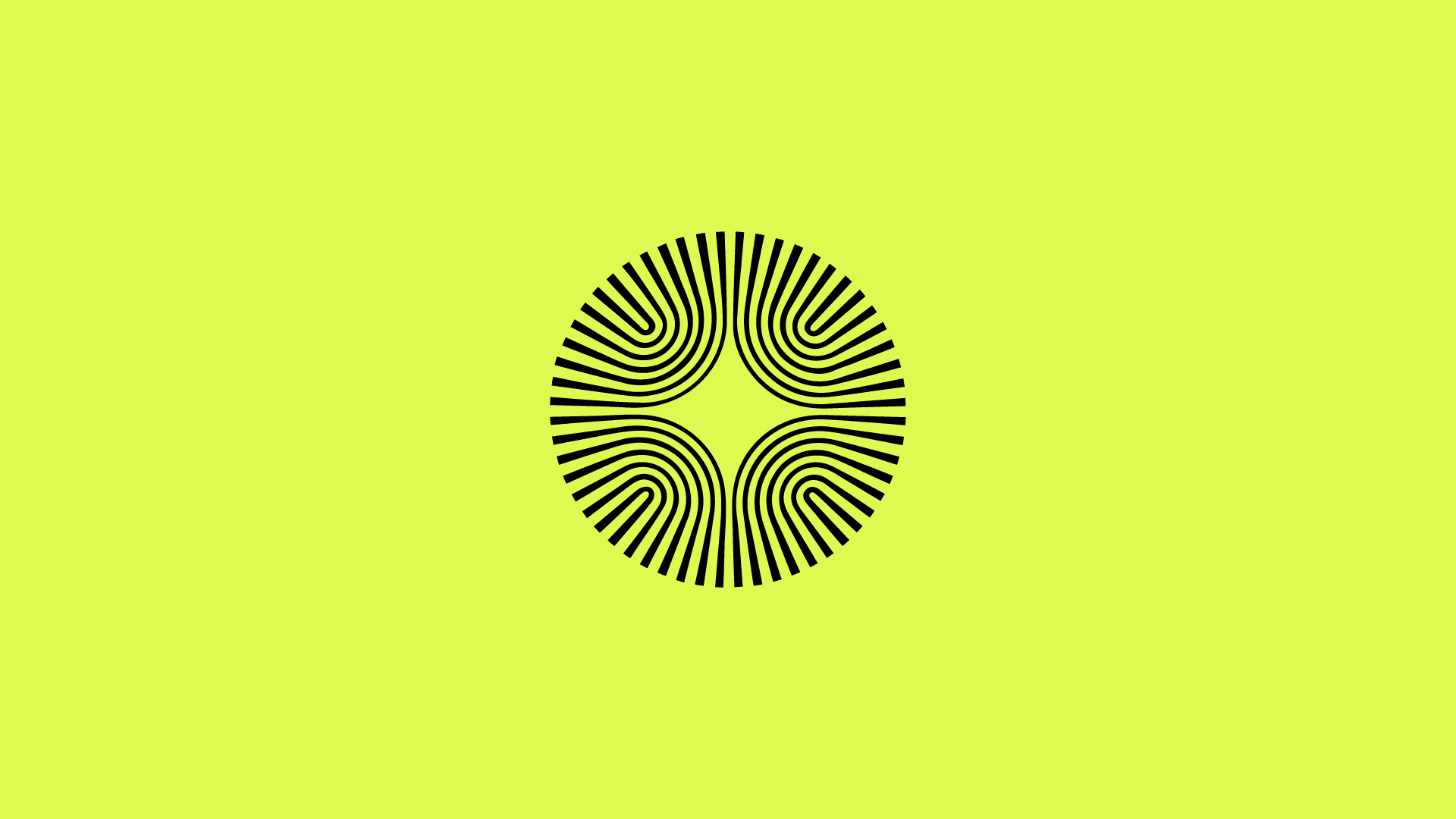 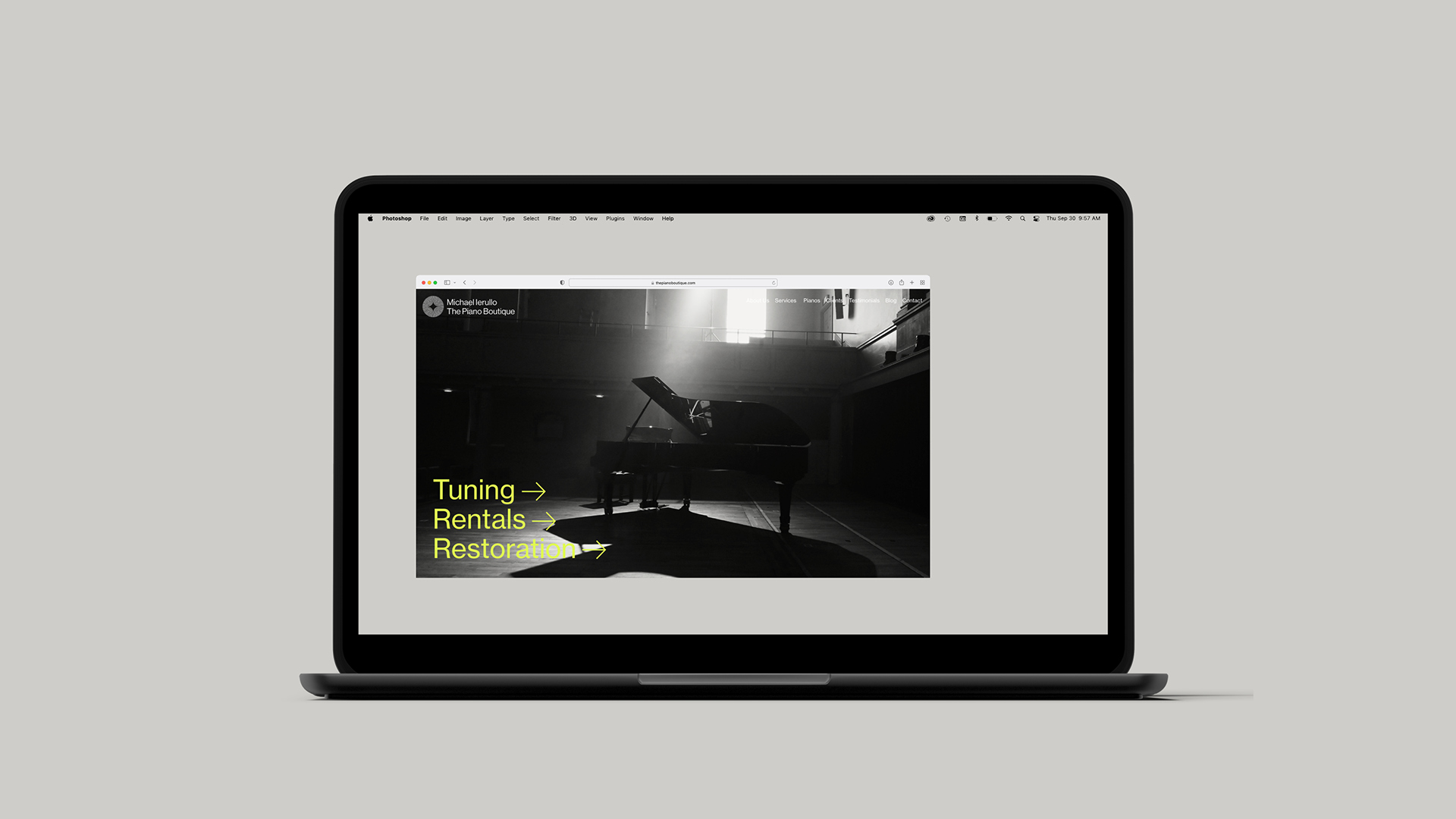 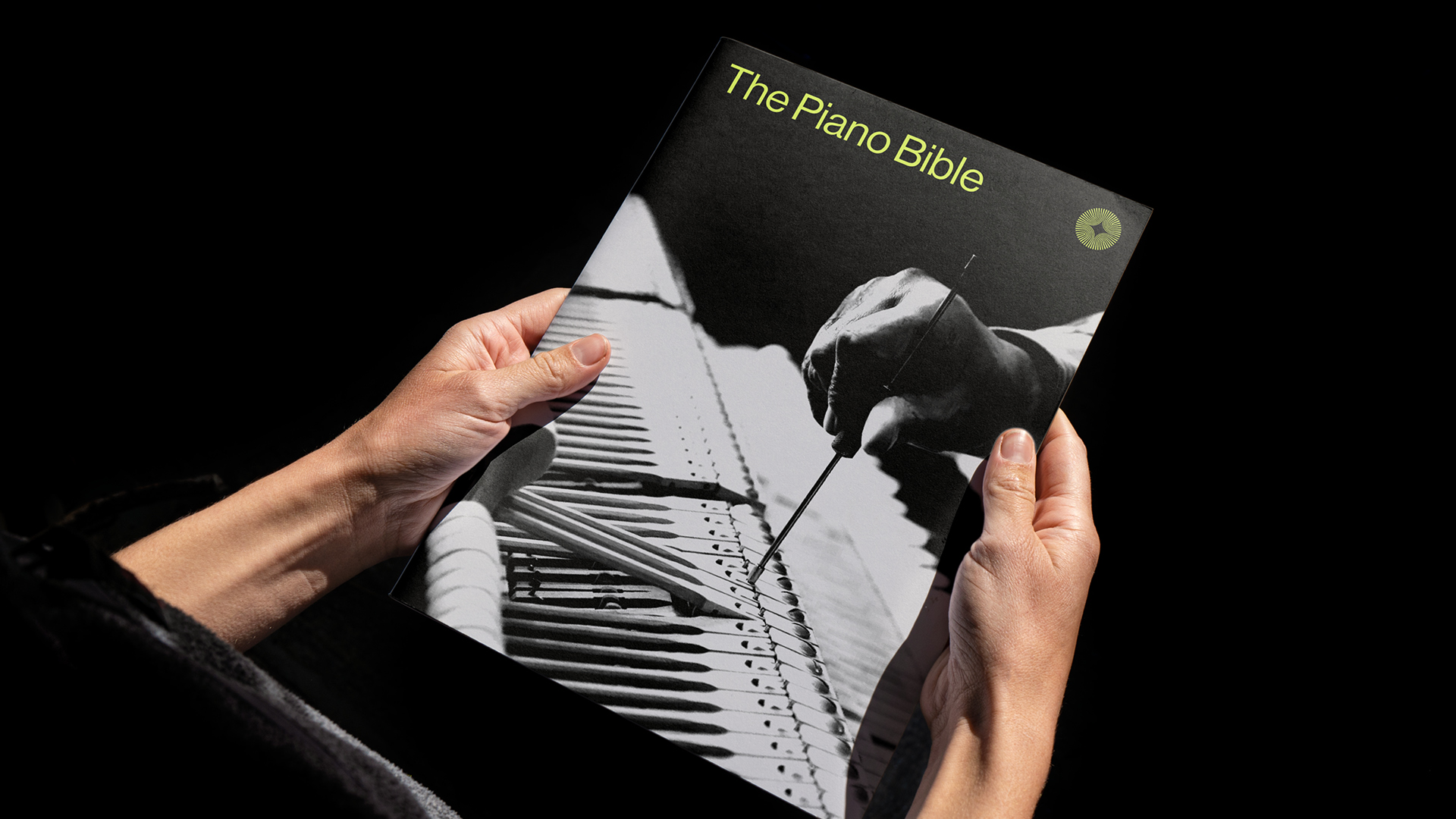 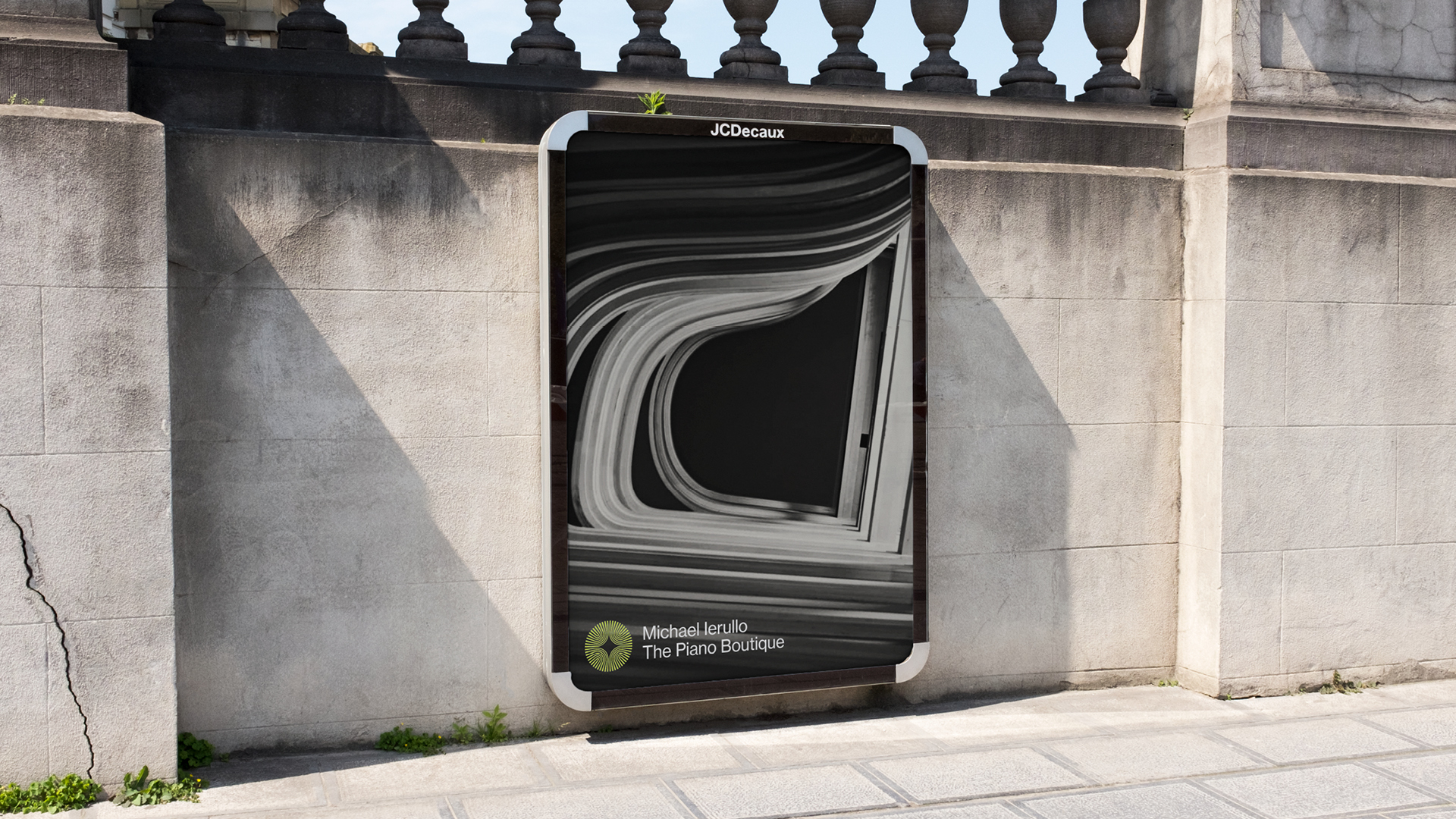 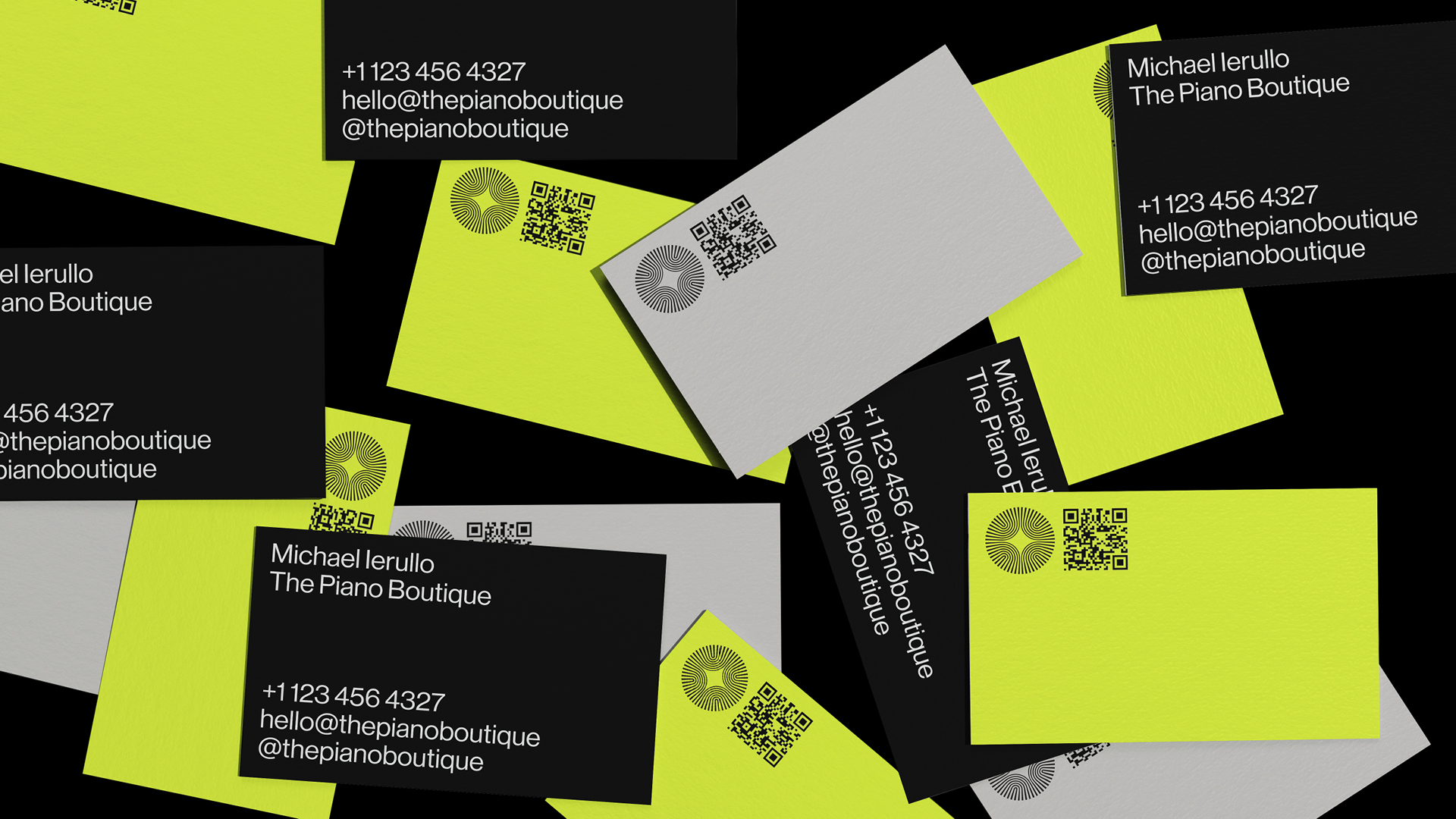 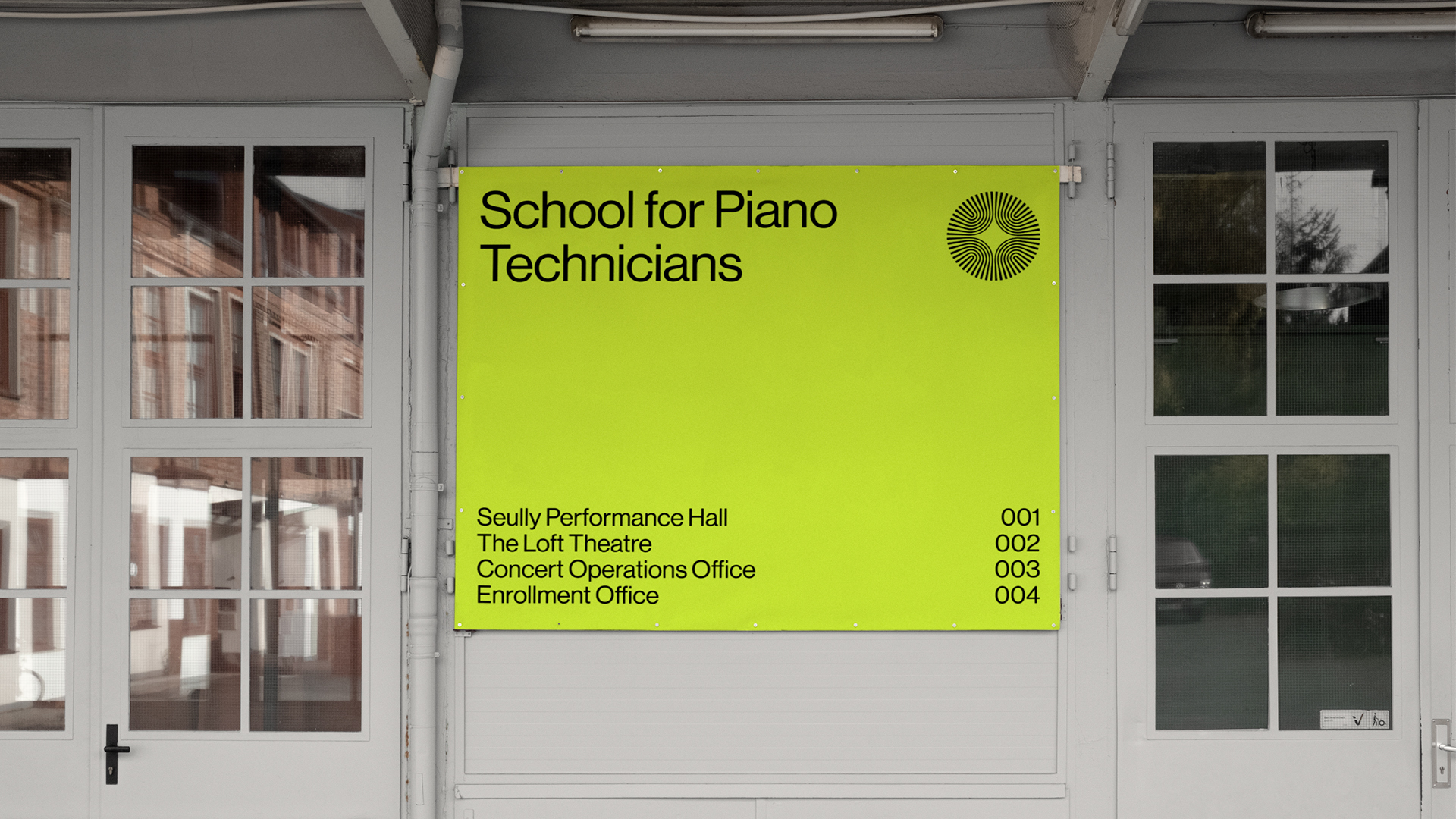